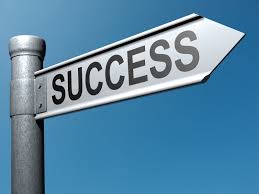 A popular complaint from the many people I talk to is “I just don’t seem to get enough done”. Do you feel like there aren’t enough hours in the day to get all that you want done?

Well, if you answered yes to the above question, or in fact even if you said no! I have a way for you to redeem the time, starting now, and make EVERY day your most productive day.

The key is to plan your week in such a way as to ensure the most important tasks are done, whilst at the same time allowing your creativity to blossom. I have 4 steps that anybody can use to do exactly that detailed below.  So let’s get into them right now!

There are many perceived problems with planning (even the word plan can create mental blocks which prevent you from moving forward) but a major one is that the very act of creating your plan in the first place, and feeling, as a result, that you must decide now when each task must be done, in itself creates an unhealthy pressure.  However, there is a way around this, and it is to create for yourself a master task list of everything that needs to be done, then use this list to plan.

When a new task needs to be added to a list, simply add it to this list first.

You see, having a master list (only one list) provides peace of mind at a subconscious level (you may not even notice) as you suddenly don’t have to worry about forgetting those important things that need YOUR attention. 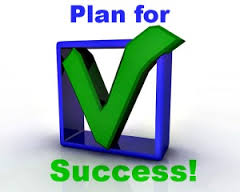 Step No 2. Set aside some real time to plan

There must be NO interruptions during this time. It may take 3 OR 4 hours for your first serious planning session, but when you do try limiting your work hours. Don’t say “as many hours as it takes” (YOU deserve a life too!) but rather set some hours when you know you can be productive and is REAL time. For example you could say “Monday to Friday from 9 to 5” or whatever works best for you.

Take me for example, I find that the best time for me is Friday morning, and I use the Ziglar goals program, which works fantastically well for me.  So find what works best for you and stick with it. However, if you do need a helping hand and a reference point to start from, then I highly recommend the Ziglar program.

Be realistic and flexible if you can, and you will feel a greater sense of freedom and less like a slave to your day planner.

You can prioritize by using the same A,B,C system that I use, as follows:

An “A” task is only an “A” task if it either costs you money, or will harm your reputation and branding if you absolutely DO NOT do it.

These are important, but your business or the world won’t end if you don’t do them.

EVERYTHING else therefore is a “C” task.

Using this A,B,C method will cause you to list fewer “A” tasks but will mean that you will probably get more of them done. You can even make an APPOINTMENT with yourself if you like, to do the top five “A” tasks.  Simply treat it like any other appointment and don’t let it slip, and if you never again want to end a busy week only to realize that the most important things never got done, then quite simply put the “A” tasks on your calendar.

Many people think in week long units naturally as monthly planning is simply too long a range, and daily planning can easily dissolve into fire fighting.(managing the next crisis). But remember, that YOU are in control,  so start by placing “A” tasks down on your calendar exactly the same as you would if they were appointments, and guess what? now
they are. Your “B” tasks can then be done when you have open time, and lastly your “C” tasks can be moved to as and when necessary, and may simply have to wait.

This is massive and is probably the key to the whole process I am describing here. You have now planned your week, and unless something happens that is extremely serious and unavoidable, you simply don’t change your plan for anything.

Which reminds me of a story I heard recently about a top salesman in the Wandsworth area of London in the UK.  The Managing Director of the company wanted to see him on this particular day which happened to be a Tuesday, however, he didn’t call until the Monday before,  so firmly but politely, the Salesman told the Managing Director that he couldn’t see him until Friday because of the plans he had already in place for seeing his customers.

Now, when they eventually met up on the Friday, the Managing Director asked him where he had been and what he had been doing all week, to which the Salesman replied “ visiting customers and closing sales for you right here in Wandsworth”. More than a little miffed at this point,  the Managing Director promptly complained that he had had to re-arrange a meeting in Paris and take two extra flights just to re-arrange to see him on Friday.

The Salesman’s reply was immediate and straight to the point “I had just spent almost 4 hours planning my week right before you called me with your suggested meeting arrangement.” Then he showed the MD EXACTLY what he had done on the Tuesday. The MD was VERY impressed with what he saw, to say the least.

Then the Salesman said this to his MD. “The reason I’m your #1 Salesman is that I don’t allow anybody or anything to disrupt the work and appointment schedule I personally work extremely hard to set.” and of course with this the MD simply could not argue.

Finally one last quick tip, keep yourself firmly on track by asking “What is the best use of my time for the next 30 minutes?”

If you plan for success you WILL succeed.

All the best.
-Jon